News release 7th April 2020.  Prime Minister Scott Morrison has revealed that he has reached an agreement on a mandatory code for the provision of rent relief by commercial landlords to tenants. 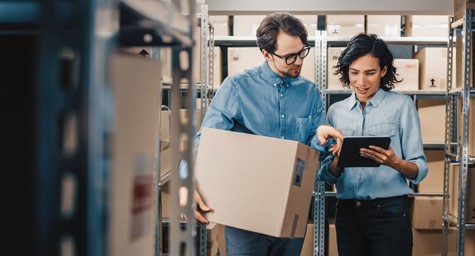 In a press conference on Tuesday, 7 April, Mr Morrison said the mandatory code agreed to with the national cabinet will be legislated and regulated as appropriate in each state and territory jurisdiction.

It follows his comments last Friday which alluded to the development of a code.

Mr Morrison said the code will apply to tenancies where the tenant or landlord is eligible for the JobKeeper program and where they have a turnover of $50 million or less.

“The code is designed to support those small and medium-sized enterprises, be they a tenant or indeed a landlord,” Mr Morrison said.

“The code brings together a set of good faith leasing principles. Landlords must not terminate the lease or draw on a tenant’s security. Likewise, tenants must honour the lease.”

Mr Morrison said landlords will be required to reduce rent proportionate to the trading reduction in the tenant’s business through a combination of waivers of rent and deferrals of rents over the course of the pandemic.

He said waivers of rent must account for at least 50 per cent of the reduction in the rental provided to the tenant during that period, while deferrals must be covered over the balance of the lease term and in a period no less than 12 months.

Mr Morrison also said the rental relief arrangements negotiated by the tenant and landlord will be overseen through a binding mediation process that will be run by the states and the territories.

“The point here is simple: it’s the same request we made of landlords and tenants about 10 days or so ago when I stood up on this issue, and that is they sit down and they work it out. This must be shared,” he said.

Further, Mr Morrison said banks also must “come to the table” and provide support to landlords.

In particular, he wanted to send that message to international banks operating in Australia which he said that in many cases are providing that support, especially to many larger landlords.

“We will expect those banks to be providing the same levels of support and co-operation as we are seeing from the Australian banks who are aware of these arrangements,” Mr Morrison said.

“What this does is preserve the lease. It preserves the relationship. It keeps the tenant in their property and it keeps a tenant on the lease, which is also good for the landlord, and it preserves the lease that is in place that underpins the value of those assets.

“This is seen as a proactive, constructive and co-operative mechanism for landlords and tenants to see this through together.”